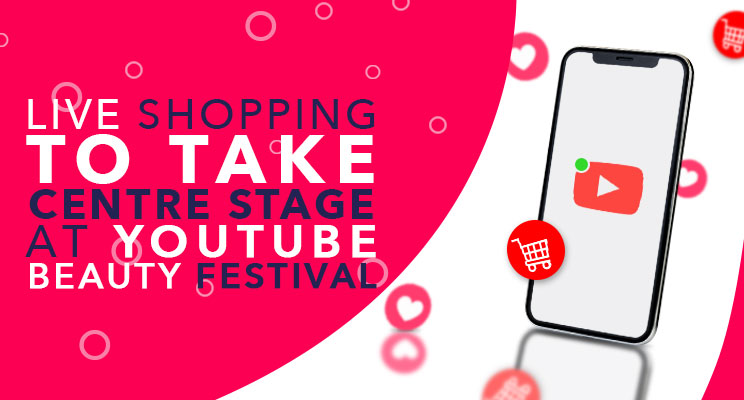 We’re back with another Midweek Media Breakdown, giving you the latest social media news and industry insights through a digital marketing lens. This week:

Youtube has hosted its annual Brandcast, inviting advertisers to discover new insights and learn about the value of Youtube advertising. This year, it’s clear Youtube is on a mission to capture advertiser spending from traditional TV and convert them to social.

Youtube took its time convincing marketers that their dollars are better off spent on Youtube, highlighting its platform’s impressive reach compared to traditional TV ads. According to Youtube, 2 out of 3 brands that advertise on its platform receive a higher ROI than their television counterparts. Furthermore, 70% of brands saw increased ROI from Youtube after increasing investment YOY.

While these are already some pretty impressive stats, Youtube wants to push brand engagement on the platform even further by increasing investment in live shopping.

Youtube has announced that their second Beautyfest, to be hosted on June 16, will be an entirely shoppable experience. As a live-streamed, eCommerce event, Beautyfest will feature several celebrity guests and big-name beauty brands. Participating viewers can directly purchase featured products from brands such as Glossier and Lancôme. Brands are also being invited to present exclusive product launches.

It’s clear Youtube wants to capitalise on the success of live shopping, announcing that it will be rolling out more live shopping features. Two channels will be able to cohost live shopping events together and creators can run shoppable live streams, redirecting audiences to brands’ channels where they can browse and shop directly.

Amazon’s head of devices, David Limp, has delivered a scathing review of the Metaverse, saying he has no interest in living in a virtual world 24/7, let alone for a few hours each day.

Speaking at the Future of Everything Festival, Limp said he was focused on developing devices that ‘enhance the here and now.’ He said he is focused on creating technology that helps people meaningfully connect with each other and that brings families closer while enjoying the real world around them.

He also criticised the fact that the Metaverse has no common definition, saying that Meta CEO Mark Zuckerberg uses the term to describe multiple different experiences and interfaces, without providing a concrete definition. Admittedly, it would be quite hard to define something that doesn’t exactly exist yet…

While many in the industry are betting big on the Metaverse to take centre stage in the future of the digital world, there’s also been an increasing number of Metaverse critics emerging. Along with Amazon execs, big wigs at Snapchat and Nintendo are questioning the claims Zuckerberg is making and reiterating their desire to develop social technology that brings people closer to the world around them, rather than into a new (and undefined) universe.

While criticism isn’t a definitive sign of failure, it’s always interesting to note how many tech companies are distancing themselves from what Meta is investing so heavily in. With Meta investing over $10 billion into the Metaverse to date, are industry leaders warning us not to put all our eggs into one virtual basket?

How companies and brands invest in emerging tech will determine how it is developed and adopted. With execs from the world’s largest online retailer criticising the Metaverse so heavily, what can this mean for its development?

TikTok’s influence on the social media landscape is undeniable. Now, players like Instagram are taking note of TikTok’s meteoric rise and are developing strategies to incorporate more immersive video content into their platforms.

Now, Instagram has announced a swathe of new features, including a new and improved home Feed, full-screen Reels, Stories and Posts. The platform has announced that these features and updates are currently in testing.

Interestingly, another big change coming will be a pivot towards a recommendation focused home Feed. Hmm… anyone else getting For You page vibes, or is it just me?

So what does this mean for marketers? Photos and videos will take up more of users’ screens and have a taller format than before. This means more vertical videos should take centre stage in your social media content strategy and it’s anticipated that Reels will make up most of the ‘suggested’ content users see. If you’re not already, that means it’s time to use Reels for a full-funnel strategy if you want to spend more time in front of your target audience.

Thanks again for tuning into another weekly roundup with The Graygency. Check out our blog for more Midweek Media Breakdown posts.

Don’t forget to follow us on LinkedIn to get notified when we post next week’s social media news!