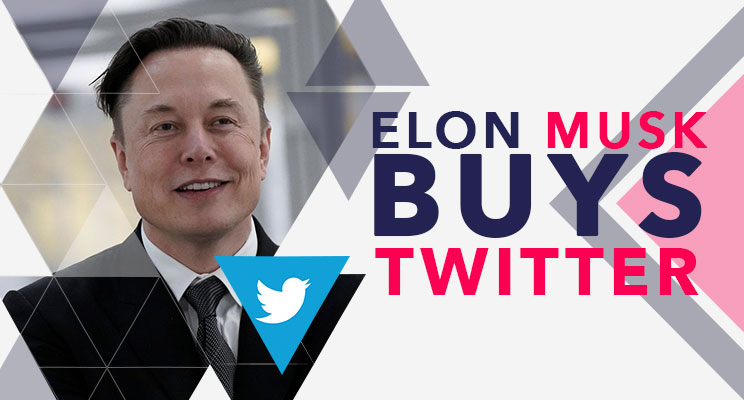 We’re back with another weekly breakdown of the latest social media news, through a digital marketing lens. Get up to speed on the latest industry changes and trends. It’s a bit of a long one this week, so here’s a quick rundown:

We know everyone is talking about this right now, but we couldn’t resist. We’ll be brief:

While obviously, this is huge news for social media, the impact it will have on Twitter’s paid content isn’t immediately clear. Musk stated in a tweet that part of his larger plan includes “enhancing the product with new features, making the algorithms open source to increase trust, defeating spambots and authenticating all humans.”

We recently shared Twitter’s plans to expand its promotional offerings. How do you think Elon’s takeover will impact paid social on the platform? With Elon now owning three of the world’s largest companies (and with a history of notoriously disruptive marketing strategies), should we be bracing for impact? Or perhaps readying for takeoff?

One step closer to the Metaverse… sort of. Meta has announced that on May 9th, they will be opening a physical retail space, giving a ‘hands-on experience’ to users wanting to engage with Meta’s hardware products.

Visitors will get the chance to play around with Meta’s current gadget offerings, including:

Their webshop has also been expanded to include all of these products.

The goal is for visitors to interact with everything, picking things up and experiencing them first-hand. Meta has said they hope this physical retail space will ‘demystify’ the concept of the Metaverse and help people understand the possibilities their products can offer.

Would you like to take a peek at the algorithms that control your newsfeed? Famously secret algorithms belonging to the likes of Meta and Google might now become public, following a recent vote in the EU parliament.

The EU Parliament and Member States have agreed to the Digital Services Act (DSA), calling for a safer, more accountable online environment. If passed in subsequent proceedings, big tech companies like Meta and Google would be forced to reveal how their algorithms work, change their approaches to targeting advertising and more.

This push for transparency will “provide better protection for internet users and their fundamental rights, as well as define a single set of rules in the internal market, helping smaller platforms scale up,” according to the EU Commission.

Concerning paid media, the changes would disallow targeted ads based on sexuality, religion or ethnicity, and put an end to ads targeted at minors.

Calls for greater regulation in the domain of big tech are frequent, however, mass changes caused by the DSA would likely come into effect in early 2024.

While the DSA is a European law, it’s not uncommon for tech companies to roll out new regulations regardless of borders, to save having to develop different rule sets for different regions. This happened in 2018 with the General Data Protection Regulation, so it might be worth your while to pay attention to these changes.

With 5 billion monthly engagements across 100K communities, users come to Reddit to find trusted information from knowledgeable communities about a specific topic, product or brand. Reddit is often overlooked by marketers, but could this be about to change?

Reddit has been focused on expanding its promotional impact majorly since 2021. In their most recent push, they are now evolving their ad offerings to ‘create more impactful results for brands’.

As always, attribution is a key issue. Reddit focuses on ad views, rather than clicks. They claim a good Reddit ad will inspire users to begin their own research, which in turn will drive them to act. On average, Redditors are more discerning than users on other social media platforms and more likely to begin their own research when exploring a brand, first by reaching out to other Redditors.

Ad placements inside user communities or subreddits are turning into prime real estate.  Fashion and beauty brands like Ulta and MeUndies have reportedly increased their spending on Reddit significantly, following the iOS14 updates. Quite a sub-prising impact!

Thanks again for tuning into another weekly roundup with The Graygency. Check out our blog for more Midweek Media Breakdown posts.

Don’t forget to follow us on LinkedIn to get notified when we post next week’s social media news!